Sometimes the Gates of Heaven Open

If you have been following my posts on Facebook, you know that this past week I . . .
(1) Registered with the Editorial Freelancers Association in an effort to drum up some business now that my Year of Leisure is almost over, and . . .
(2) Posted about the Japanese art of sashiko stitching and a Gees Bend quilt made from polyester leisure suits.
So perhaps you will understand when I tell you that I almost jumped out of my skin when the Editorial Freelancers Association sent me an email this morning about a quilt magazine that needs a copy editor to work remotely. I raced off a reply. The one I sent was more restrained than the one I wanted to send. Here's the letter I composed in my head before deciding to tone it down:

Dear Quiltfolk,
Sometimes the gates of Heaven open and the universe answers our prayers. I would love, love, love to edit your magazine. Quilting is my new obsession—I would pay you to hire me if that made any sense at all. It is almost unbelievable that fate has brought us together—and yet it makes perfect sense! Okay, so you must be wondering who I am. First off, I come from generations of talented quilters. Amazing quilters. My grandmother, Mabel Lamb Tucker, made gorgeous quilts, which I slept under as a young girl, so quilting is in my blood. Furthermore, I am an honest-to-God copy editor. I have copyedited literally thousands of articles. Some of them were even about quilting because—ta dah!—I worked for Martha Stewart! God’s truth. Also, I see from your Web site that you are particularly interested in the stories behind the quilts. Me, too! In Vermont, my home state (land of many quilts!), I am known as the Story Lady. So you have to hire me. Please, pretty please, pretty pretty pretty please. Call so we can discuss!
Love and hugs,
xxxxxooooo
Sadie (aka Sara Tucker, author of An Irruption of Owls, a personal memoir in which quilts are mentioned SEVERAL TIMES!!!!)
P.S. Write back and I will send you photographs of my amazing collection of vintage French textiles.
Posted by Sara Tucker at 12:57 AM 2 comments: 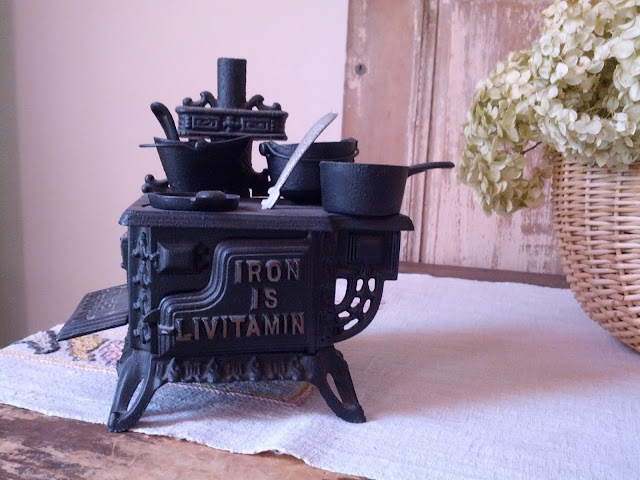 One of the unsung heroes in An Irruption of Owls is a reporter by the name of Alix Spiegel. Alix was the author of a 2009 NPR report that helped solve a medical mystery in our family. The report, which was aired as a segment of "All Things Considered," was entitled "How a Bone Disease Grew to Fit the Prescription."
My mother, Idora Tucker, was 86 and still skiing when she began taking Fosamax, on the advice of her new primary-care physician, who did not do a bone-density test. This was in 2005, several years after Fosamax, originally prescribed to people with osteoporosis, was approved for preventive care.
Eighteen months later, my mother experienced crippling pain in both legs. It took eight months of hassling medical professionals for her to learn that she had stress fractures in both femurs. Nobody could explain why.
By December 2009, when I heard Alix's report while driving along a Vermont highway, my mother had been trying for almost three years to understand what had gone wrong with her legs. The fractures had healed, but the episode had left her permanently impaired.
An Irruption of Owls, which I wrote with my bare hands, was published in 2015 and I am embarrassed to say that I never thanked Alix for effectively solving the mystery that is the crux of that story.
So thank you, Alix Spiegel, for using your investigative and story-telling talents to enlighten us about important matters concerning women's health. I'm sorry it took me so long.
My mother's illness upended her life, and mine, and that of my very patient and obliging husband. Idora Tucker was a doctor's wife and very careful about her health. She did not accept her doctors' theories about what might have caused her bones to break, and she refused to take the narcotic painkiller that one of them prescribed. She was determined, as she said, "to get to the bottom of things." She wanted to know the truth.
Today Alix Spiegel cohosts Invisibilia, an NPR program about the invisible forces that control human behavior—ideas, beliefs, assumptions, and emotions. I am her devoted fan.
PS You can now download An Irruption of Owls for free from Smashwords. The book, which contains a chapter about my grandparents' run-in with McCarthyism, is my contribution to the resistance. I've also posted an adaptation of the chapter about my mother's illness on my brand-new website, here.
Above: An artifact of my father's medical practice, given to him by a drug salesman.

Posted by Sara Tucker at 1:57 AM No comments:

When my mother-in-law died in November 2016, she left behind a hand-written account of her childhood in Les Baux, the village that was her home from 1924 until the early 1940s. For the past two weeks, I have been transcribing her account, which is set down in a series of notebooks numbered 1 through 6.
Les Baux occupies a rock outcrop above a plain that stretches to the sea. It is a superb setting, and the village is officially designated one of the most beautiful in France. Today, the upper village has only 22 residents—and an estimated 1.5 million visitors per year.
My mother-in-law also left us a collection of diaries. On December 30, 2009, she wrote:
“I have reread my memoirs, which are pretty sketchy. Valerie D. is going to help me organize them and make them easier to read. I hesitate to give them to Patrick, who won't be interested, nor Sara. They are too personal and too far removed for American readers.”
I read this diary entry with a sinking feeling. I felt unbearably sad that I had let my mother-in-law down. Of course, she was incorrect in thinking her life story would be of little interest to others. Besides her children and grandchildren—not to mention myself—there are no doubt many people who would be interested in one of the few first-hand accounts of Les Baux written by someone who lived there before and during World War II.
I think that when we lose a loved one, it is inevitable to feel regret, and to wish we had expressed our love more often. I wish I had transcribed Mireille's diaries while she was still alive. I wish I had been able to ask her a thousand questions about what she wrote. I wish I had transformed her notebooks into a beautiful printed book, with pictures, one that she would have been proud of. This is the task I have set for myself now.
I have gotten really good at typing French accents—ç, à, î, é, and so on—on an English-language keyboard. I’ve learned some new vocabulary—the person Mireille refers to as “le Pillard” turns out to have been the village thief. I am learning more about Les Baux, which I have visited only once. It is a fascinating place, and my mother-in-law’s memories of her girlhood there are vivid and specific, a real treasure.

Sara Tucker
When I was the copy chief at Cosmo, under Helen Gurley Brown, editors still used White-Out. I had never heard of the Internet. Today I publish my own work and help other writers do the same. My partner is my husband, Patrick Texier, a retired safari guide (we met in Tanzania). Our studio is known as Korongo, the Swahili word for ditch (we used to do a lot of off-road driving). Most of our workshops take place in Randolph, Vermont, and Fontainebleau, France. If you have a story to tell—long or short, big or small—we can help you write it down and turn it into a book.

To order the paperback or Kindle edition, click on the book cover. A mysterious illness is the catalyst for this story about a daughter's homecoming, the second installment in a family saga that takes place on three continents. Set in the author's hometown of Randolph, Vermont, An Irruption of Owls views from the perspective of small-town New England the forces that shape our lives.

Our House in Arusha 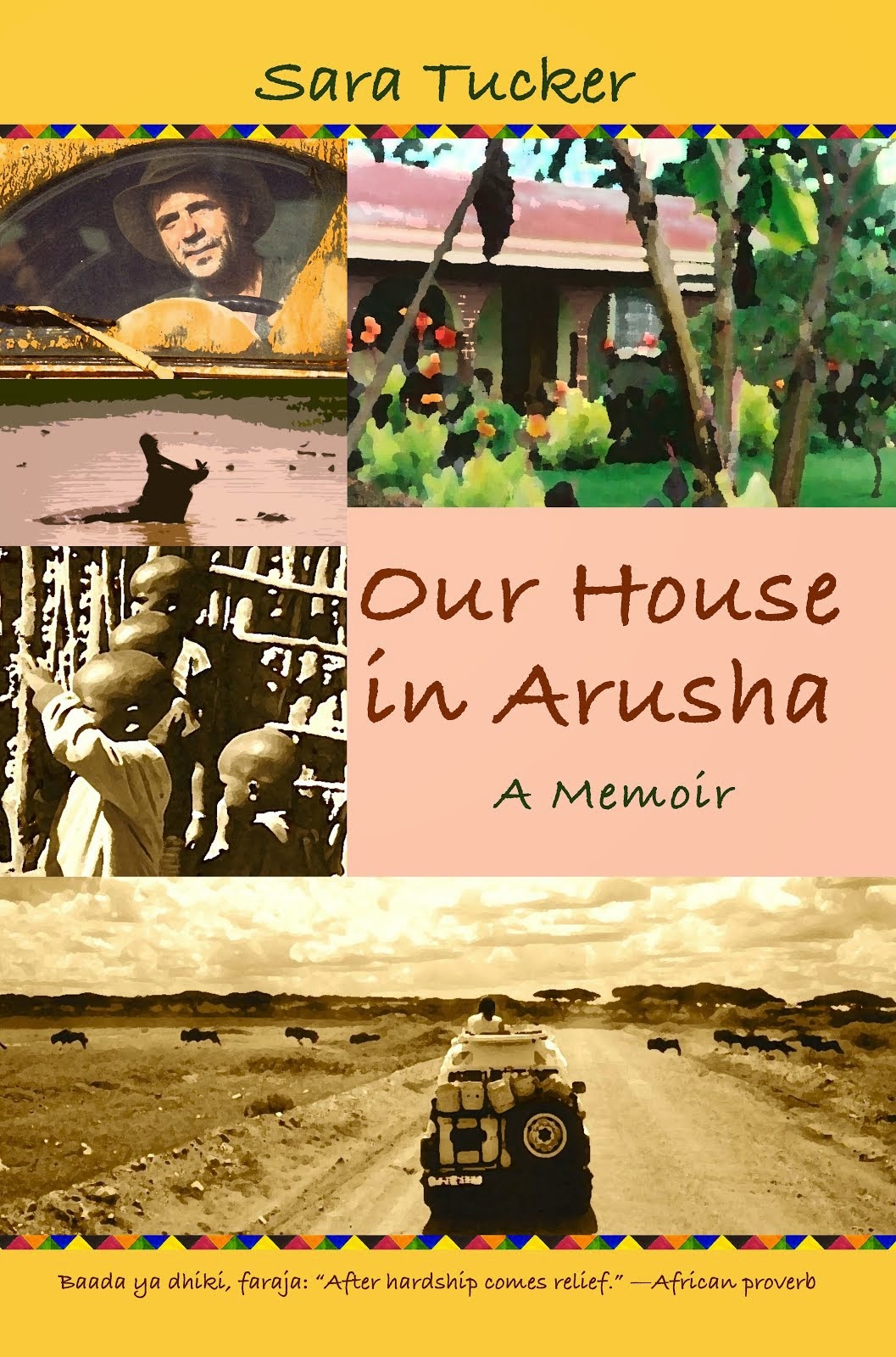 When an American traveler on her way to Kansas ends up in the Serengeti, her life gets a complete makeover. Within months, she is the wife of a French safari guide and the stepmother of an eleven-year-old. In the year that follows, fragile loyalties will be tested as each member of the family struggles to make a place for himself in a tantalizing and dangerous world. Part love story, part adventure saga, Our House in Arusha explores the meaning of second chances. 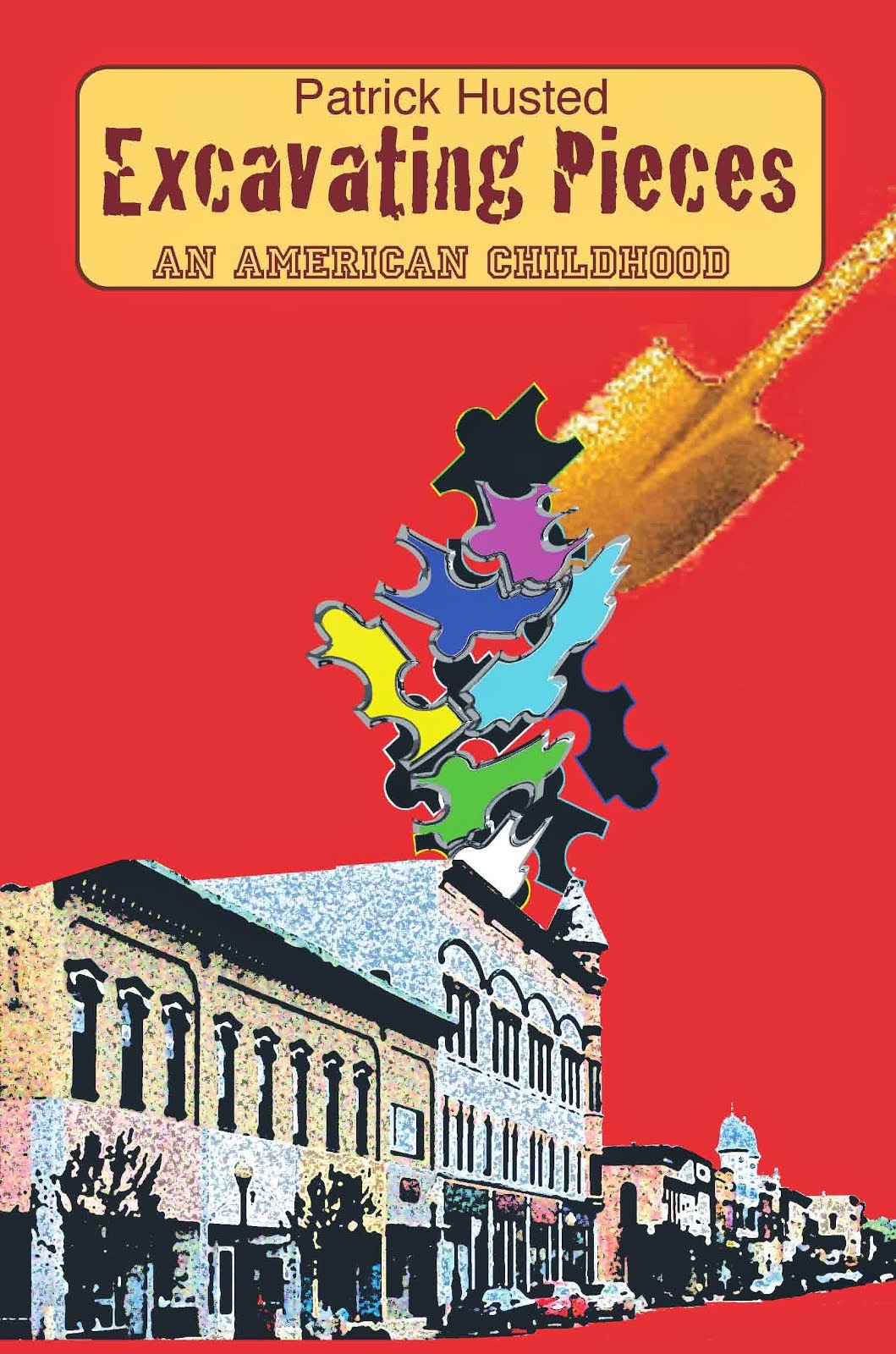 A companion to "Our House in Arusha," Excavating Pieces is my ex-husband's story. It is mostly set in the small town of Ionia, Michigan, in the 1950s, and it deals with the subject of child sexual abuse. The subject is alluded to in my own memoir, but I have so far been unable to write an entire book about it. Someday I will. I'm working myself up to it. With this type of writing (memoir), it helps to allow a good deal of time to pass before sitting down to tackle the life events that have marked and forever changed you. From Kirkus: "Husted, an accomplished actor, comes to terms with childhood sexual abuse in this courageous yet harrowing debut memoir."

Do you shop at iBooks? Preorder for iPhone, Nook, Kobo, and other e-readers.

“So ask the travelled inhabitant of any nation, ‘In what country on earth would you rather live?’ ‘Certainly in my own, where are all my friends, my relations, and the earliest and sweetest affections and recollections of my life.’ ‘Which would be your second choice?’ ‘France.’ ”
—Thomas Jefferson, Autobiography